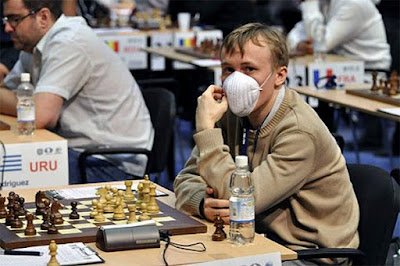 Ruslan Ponomariov with a flu mask


Ray Robson the hottest US talent 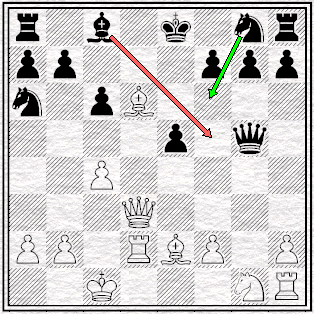 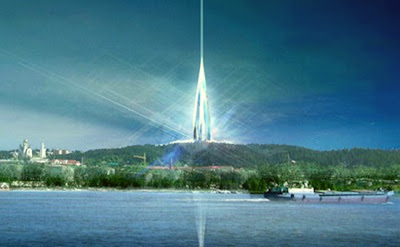 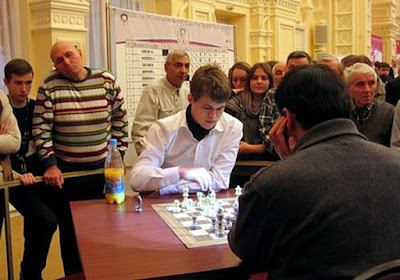 Carlsen vs Anand, round 17 - Carlsen won 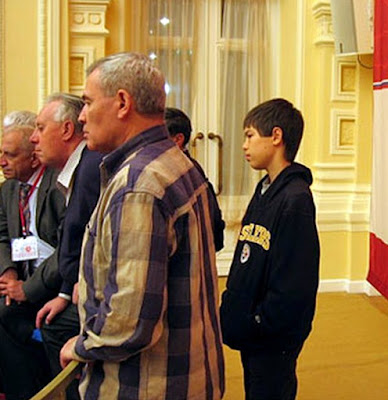 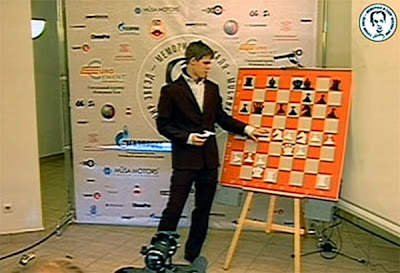 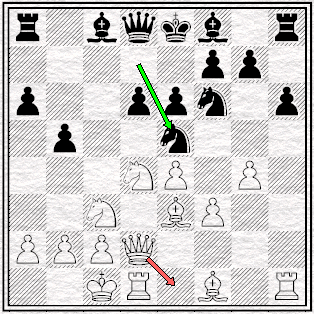 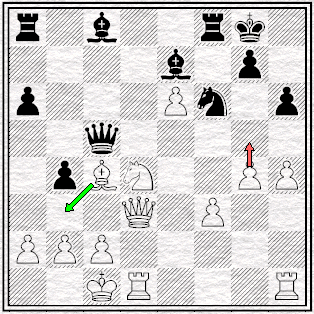 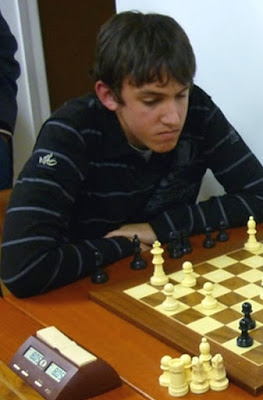 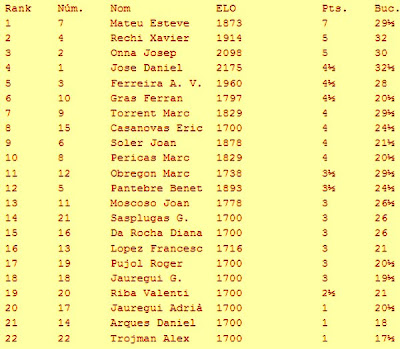 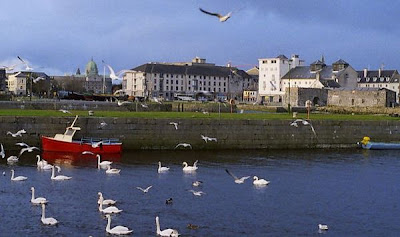 The 2009 Galway Chess Congress took place in the beginning of October in Galway (Ireland).

The Salthill Hotel was a fantastic venue for this yearly chess tournament in Galway, hosting a few hundred people in the Masters, Major and Minor sections (separated by ranking).

The Masters section was as expected won by GM Alex Baburin of Kilkenny, beating John Merriman, the somewhat surprising leader on the last round, to take the title by half a point.

Personally, having last played a full slow chess tournament in 2000 or 2001, I was happy to test my skills (or lack thereof) in the Master section, and my final position in the middle of the table proved I'm not as rusty as I feared, but definitely more rusty than I hoped.

I have to say, 15+ hours of chess in the same weekend (9 of which in the same day) are exhausting. I'm not a young man anymore!

My results:
Pedro Q - Anthony Fox 1/2-1/2 (couldn't force a breakthrough in a slightly advantageous position)
Paul Kiely - Pedro Q 1-0 (sadly tried to force a win in an endgame one pawn up, and ended blundering and losing material in severe time trouble)
Pedro Q - Paul Carey 1-0 (this time my opponent tried to force a win in a balanced position, leading to his errors in time trouble)
Justin Daly - Pedro Q 0-1 (lovely attacking game which we'll see next)
Pedro Q - Dave Murray 0-1 (greed was my downfall in a game I wasted opening advantage - and threw potential grading prize away)
Lorcan O'Toole - Pedro Q 1/2-1/2 (quick draw against a "neighbour")

So in the 4th round, as black, I got a considerable advantage but due to a few imprecisions allowed my opponent a tactical series of moves that required precision: 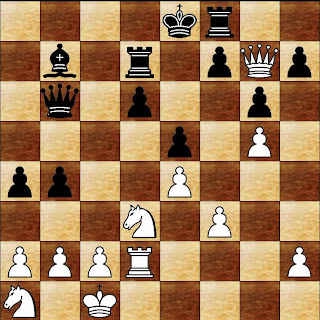 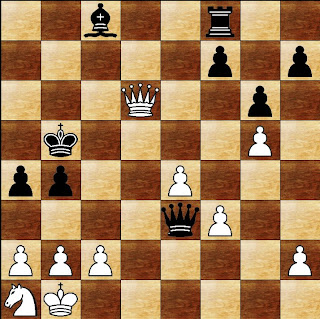 Since the Rf8 is untouchable due to the mate (and 35. c4+ bxc4 doesn't change a thing) white soon capitulated.

In the 5th round, a win would make me the main contender for a grading prize, but greed was my downfall:

White's pieces are more active despite the potential imprecision earlier of moving the LSB to d3 instead of e2. In this position, several routes keep the advantage, but I had to choose the one that doesn't: 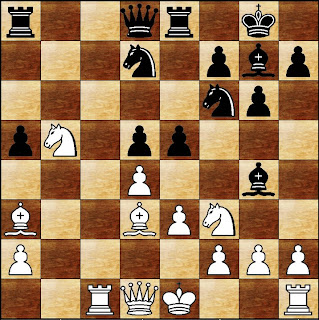 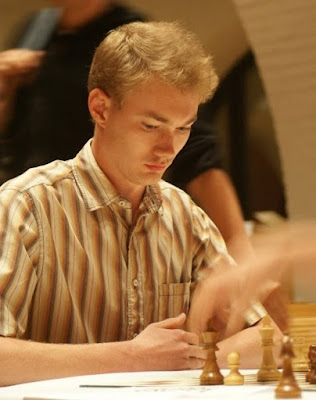 
An interview with GM Emanuel Berg
by António Viriato Ferreira

António Ferreira: Let me start by congratulating you on your victory on the 2009 Sweden Championship.
How you feel this win after ten attempts?

Emanuel Berg: Thank you. It was a very good feeling after so many tries and after having been so close a couple of times.

António Ferreira: I met you in the Salou Open this year and one of the things that surprise me was your dynamic and aggressive chess style.
Do you feel the need of trying to produce in yours games master chess pieces or you simply do that naturally just looking for the best moves in the position?
How to find the balance between the need of the result and the instinct to take risks?

Emanuel Berg: I do not feel any need of creating masterpieces, although I am very happy to do so.
It's my natural way to play and I have always liked tactics and been a creative player.
I am generally ready to take risks anytime.
In my world there are no safe draws and therefore the decision comes first in case a draw offer appears or if I can choose to force a draw.

António Ferreira: In the closing ceremony of the Salou tournament you were apllaude by all players for your warrior spirit.
In the last round you need to win to take the first place.
Your opponent offer you a draw during the game.
You refuse, because the half point would had given you the second.
The words "I came to Salou to win" was pronunced by you in response to Vladimir Burmakin proposal.
In the end you lost the game finishing the tournament in fifth place.
Your chess figthing caracter is amazing but in the end of the day what did you really felt?

Emanuel Berg: I was rather disappointed with the result after the round.
Not only because I lost, but also feeling I had a good grip and excellent winning chances on the way.
However I never regreat my decision to decline the draw offer.
Since my tiebreak was not the best a draw would probably not had been enough for second place and the prixe difference between first and third was quite a lot.

António Ferreira: In chess statistics you appear was one of the all times chessplayers with more pieces sacrifice.
How do you evaluate those games?

Emanuel Berg: This was interesting to hear.
I never saw that statistics actually.
Where can I find it? 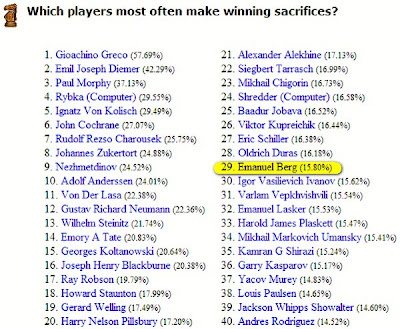 Players most often with winning sacrifices

António Ferreira: Your are a family man and father of three children.
Is possible to conciliate a intense professional chess carrear with the life of a family man?

Emanuel Berg: Well, it's not an easy combination and soon I will even have four children.
The next one is to come in the begining of January.

António Ferreira: In your opinion what was your best games until now?
Can you pick one or two?

Emanuel Berg: The highest rated played I won against was Evgeny Bareev in Gothenburg 2005.
It was defintly a classical Berg game with a powerful attack.
I would pick that one as my best game.

António Ferreira: Who will win the next World Chess Championship Anand vs Topalov?

Emanuel Berg: I think it will be a tight Match, hard to say who will come out as the winner.
It's a lot about preparation nowadays.

António Ferreira: Have you ever been in Portugal?

Emanuel Berg: Not yet, but I definitly would like to go there.

António Ferreira: I`m a portuguese in Andorra.
Will you be in the Andorra International Open 2010?

Emanuel Berg: Maybe, if I get an invite to play there!

António Ferreira: Thank you for the interview and i hope to see you in the future, maybe in the Salou Open 2010.
TACK! ^_^ 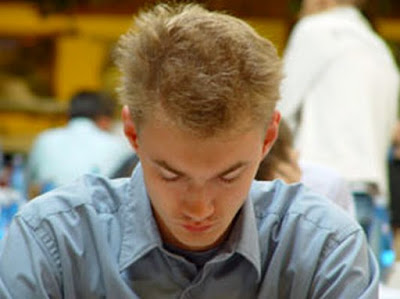 The chess games of Emanuel Berg 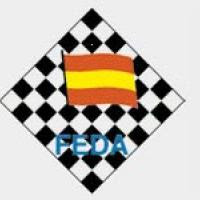 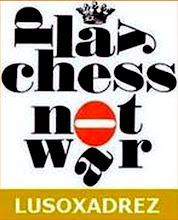